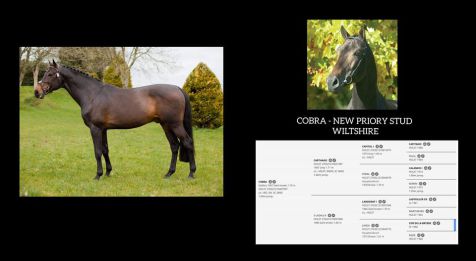 Holds ELITE status with the Anglo European Stud book due to his and his offspring results all over the world.

Also approved by Zangershide, Selle Francais and Horse Sports Ireland, Multiple youngstock jumping 1.40 -1.60, with lots more youngsters on the way up, Also has many successful event horses up to 4 star, including Cooley Moonshine who was 3rd 6 year Championships in Le Lion 2018 and 2nd as a 7 year,

Cooley Northern Mist, Cartown Wallabe, Stonehaven Penhillls Cobra, and Ogue ArdkyleA few of his successful showjumpers Include Oasis Spirit who with Amanda Derbyshire has had some really good results around the world, Others include loughlans Bridge, Mcqueen, Ardkyle First Edition, Oldoaks Matchbox and many more.